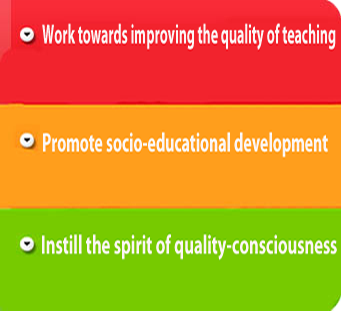 Baihata Chariali B.Ed. collegeis the only institute of teacher education in the north-eastern part of Kamrup district. It was established in 1994 by a team of selfless and dedicated social thinkers and lovers of education of this greater locality. Started as per Gauhati University regulations as an evening shift college from a temporary site at it initial stage the college is shifted to its permanent site in 1996. The college comes under the Regulations and Control of National Council for Teacher Education (NCTE), New Delhi, India and enjoys recognition from this national statutory body since 1997 and has since been marching ahead towards fulfilling its goals and objectives.

Baihata Chariali B.Ed College is situated at Baihata Chariali, a semi-township 25 km to the north of Guwahati, the capital of Assam. The catchment area of the college extends from Goreswar in the north to North Guwahati in the south and from Dumunichowki in the east to Puthimari in the west encompassing a geographical land area of 738 sq. km with Baihata Chariali at the centre.

The following are the goals and objectives of the college :